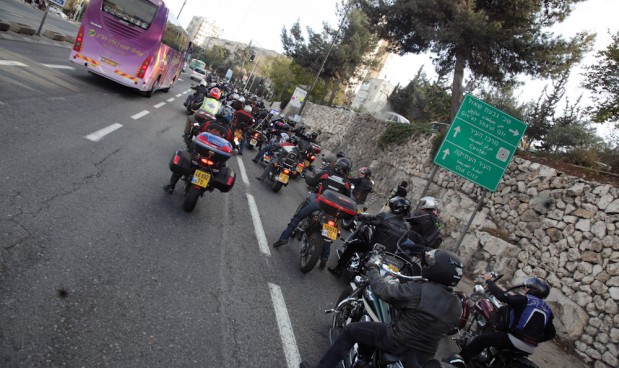 Today is our final day in the Holy Land. We will leave for the airport around 8pm tonight, but that still leaves much of the day open for adventure! We left the hotel this morning and returned to the Kotel, for a tour through the Western Wall excavations. This is a section of archaeological digs running along the Western Wall that have actually uncovered bedrock on Mount Moriah, and a continuation of the road next to the Southern Steps â€“ the same one that Jesus would have walked on to get to the Fortress of Antonia.

Itâ€™s hot underground as we make our way through the winding passages, past workers and worshippers alike as we journey down towards street level. Yuval stops us by a huge rock â€“ the biggest one that they have found yet â€“ that makes up a large chunk of the Western Wall. It weighs an impressive 570 tons, and is 45 feet long, 9 feet high and 10 feet wide. This stone is simply massive, and is boggles the mind that the workers were even able to move it, let alone position it on the wall. We continue down the tunnel and stop briefly at a section of wall where several women are praying fervently. This, Yuval explains, is the section of the wall that is closest to where the Holy of Holies would have been. We pass by the praying women quietly, and continue down the dark tunnel. We pass several cisterns, before the tunnel widens and we are greeted by Yuval, smiling as he leans against the bedrock of Mount Moriah: where Abraham went to sacrifice Isaac, and where the Temple was built.

Yuval explains to us that we are standing on pavement that Jesus would have walked on to reach the Fortress of Antonia, where he was tortured and sentenced to die. He points out several columns that are now encased in later construction, that would have been openings to shops along the Cardo (such as we saw by the Southern Steps.) A large, misshapen rock stands in the corner, leaving only about a foot and a half of space between the columns. Smiling, Yuval quotes the scripture about the â€śThe stone that the builders rejected has become the cornerstone.â€ť (Psalm 118:22). Jesus would have absolutely passed this enormous, abandoned stone on His way to the Fortress, and people would certainly have remembered this stone creating such a choke point on the busy road. Perhaps, this is what the Psalmist was referring to? We may never know for sure, but it is still an amazing sight.

We exit the Western Wall excavations and return to the bus. Some of our more tired travelers opt for a day back at the hotel, napping and preparing for our trip back to the states, while those with a little bit of energy left went to Latrun, to meet up with Hope for Israel and the Ride For The Wall tour. Mark Jenkins wrote a summary of their experience, which has been posted below.

After we ate a delicious, sit-down dinner in the restaurant, we board the bus for one final trip to Ben Gurion airport in Tel-Aviv. Many of us no longer have dry eyes, as we say goodbye to Jerusalem, to Israel, and to the friendships we have forged while we were here. We have all been incredibly blessed to have been on this journey, and we will not forget the truths we learned or the experiences that we have shared in this lifetime or the next. God has richly blessed us, and now we must go out & use His blessing for His glory.

Mark Jenkins, on Latrun & the Ride for the Wall.

We began our Israel journey with a visit to Independence hall where the prophesies of Isaiah were fulfilled (â€ścan a nation be born born in a day?â€ť) with Ben Gurion declaration from Tel Aviv. We concluded our journey with a visit to Latrun, the high ground won by the Israelis in the battle for Jerusalem in the War of Independence. Latrun is the site of a military base, a museum for armor, and the site of a war memorial for the Israelis who gave their lives in the service of their new nation. We get a tour from Melanie, a member of the IDF (Israel Defense Forces). The tanks are impressive, and we are able to get a sense of the struggle for this land, and for its ongoing defense. In a poignant moment, a group of Israeli schools children arrive and a cluster of little boys around 8 to 10 years old scramble onto one of the tanks on display. These are the children that will fight for Israelâ€™s future. We visit the war memorial and have a chance to pray for the families of those who have lost loved ones. Our prayer begins with â€śOur father God, these brave men are in Your hands, but the memory of them is in the hearts of their mothers, wives and sisters. Comfort them, O Lord and protect Zion in the coming conflict as you have promised.â€ť

At Latrun, we rendezvous with Hope for Israel, meeting our close friends Paul Klossen and Alan Lese. They are coordinators of The Run for the Wall, a historic motor bike ride though Israel in honor of Israeli veterans. We motorcade with them to the Kotel, or the Western Wall in Jerusalem. Here we take communion and praise our Lord and Messiah. We pray for Israel, and those who protect it with their very lives. We stand with Israel and its people.

This is an emotional and historic day and a day that we will always remember. This concludes our journey though the Holy Land. It has been an incredible trip of high adventure, study in Godâ€™s word, and evidence of His truth in prophecy revealed!