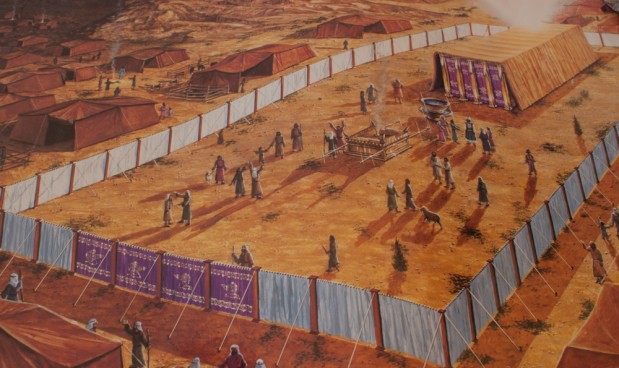 Our adventures began bright and early with a trip to the Red Sea! We met up with a local dive shop owned by a woman named Shamulit, who hooked us up with some rental gear. We had a large group of snorkelers, as well as four divers. Avi took those who did not feel like getting wet to an underwater observatory not far from where we were to be swimming and diving, where they could watch the fish & take pictures. We were all amazed at the diversity of life in the Red Sea!! Mark, who has been diving for something like 30 years, said that he had never seen such a concentration of variety in the fish population before. Both snorkelers and divers alike saw parrotfish, trumpet fish, puffer fish, clown fish, surgeon fish, sergeant majors, damsels, angel fish, sea urchins & a large, purple broomtail who followed David, our dive guide, around like a puppy. Fish, beautiful coral reefs, and anemones were as far as the eye could see! Dr. Meloy, who brought an underwater camera, got some excellent shots of some of the fish we saw, and we all had a good time identifying them once we were on shore again.

After a quick rinse, we were back in the bus and on the road, for a stop at Timna Park before we continued on the road north. Timna Park is a nature preserve, and is the land where King Solomon had his copper mines. This is also the place where the Tabernacle in the Wilderness resides.

This is an exacting reconstruction of how Mosesâ€™ tabernacle would have looked, using 100% biblical direction. It is truly a sight to behold, even though it is still under some construction. Our guide to the tabernacle, Alison, is an amazing woman filled with scriptural knowledge and enthusiasm. She excitedly showed us the altar where burnt offerings to the Lord would have been made in the outer courtyard of the tabernacle, and the bowl where â€śliving waterâ€ť (from a spring, not a pond or a lake) was placed so that the priests could wash their hands and their feet. The tabernacle building itself is astounding â€“ not because of itâ€™s impressiveness on its own, but because it so affirms the deity of Christ, and Godâ€™s hand in everything!

For example, there are five pillars at the front of the tabernacle with a bronze base that are analogous to the five books of Moses. There are four pillars in the back of the tabernacle, which represent the four gospel books. The holy items of the tabernacle â€“ the altar and the washbowl outside, the altar inside and the Ark of the Covenant in the Holy of Holies form a straight line â€“ this is exacting direction from the Bible. The other two holy items â€“ the menorah and the show bread table â€“ form a shorter line just above the middle. They form the shape of a cross! The curtains in the tabernacle had to be made to exacting directions â€“ one panel of white silk, of red silk, of blue silk, and one of purple silk. Allison explained to us what these colour choices meant â€“ white, standing for purity, Blue, for heaven, red for flesh and blood, and purple for royalty. Obviously, these are analogues to Christ â€“ but what is really interesting is the colour that blue and red producesâ€¦ Purple. Jesus, coming from heaven to become flesh is the king.

Allison so much knowledge about the tabernacle that it is hard to fit it all in here, so I encourage you to take a look at her website (www.berean-to-berean.com) and read the information that she has posted. It is simply fascinating!

Once we left Timna Park, we started on the road north to the Dead Sea, where we will spend the night. We had a relatively short day, but a tiring one, and everyone is excited to avail themselves of the pools in the hotel filled with water from the Dead Sea! Today, we also say goodbye to Avi and pick up Yuval, his son, who will be our guide for the rest of the trip. Tomorrow, we will explore Masada and Qumran, and make our ascent into Jerusalem!